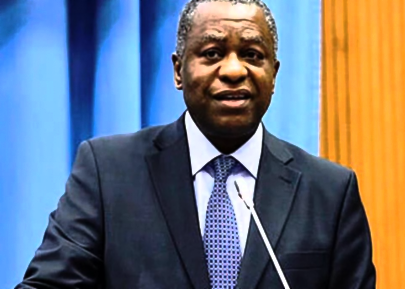 Nigeria’s Foreign Affairs Minister, Geoffrey Onyeama, has said that revenge is not among the options being considered by the Federal Government.

Nigerians living in South Africa have in the past few years suffered xenophobic attacks by South Africans leading to loss of lives and properties.

The attacks which escalated in the past few days necessitated some decisive steps being taken by the Nigerian Government.

The Minister said the Federal Government of Nigeria had registered its strong protest to the government of South Africa and that Nigeria is considering the option of sending security forces to South Africa.

NAN reports that the planned deployment of the security agents was part of security proposal meant to check the unabated attacks on Nigerians.

Onyeama disclosed when he fielded questions from State House correspondents after a closed-door meeting with President Muhammadu Buhari at the Presidential Villa, Abuja on Tuesday.

“We have registered our strong protest to the government of South Africa but most importantly, we have put forward to the South African government what we think will make a big difference.

“One with regard to compensation with those who have suffered loss and most importantly, a security proposal that we believe will safeguard the security of Nigerians in the future.

“We are hoping to see the possibility of sending some security agents deploying them initially in the Nigerian High commission to work closely with the South African police force.

“We believe that would be a very important process to address and pre-empt this kind of attacks and possibly for them to also be embedded within the police force of South Africa.

“So you will have some certain number of Nigeria security people trying to work with the South African police force,’’ he said.

On the issue of revenge by Nigeria, the minister assured that the Federal Government would not engage in revenge mission, saying “we do not believe that two wrongs make right.

“I think in terms of revenge on those kind of attack is not what we are looking forward to.

“The South African government has assured us that they are doing everything possible to address the situation, that they are equally exasperated by the whole event.

“We believe that with that good will we may be able to work together to put in place these mechanisms that would make a difference.’’

In a related development, the February 2019 Peoples Democratic Party (PDP) Presidential candidate, Atiku Abubakar, has condemned the attack and killing of Nigerians in South Africa.

In a statement he released on his official Twitter handle and sighted by 24cliq, Atiku called on South African authorities and African Union to bring an to the menace.

He further warned that such act is capable of destroying the fabric of African brotherhood.