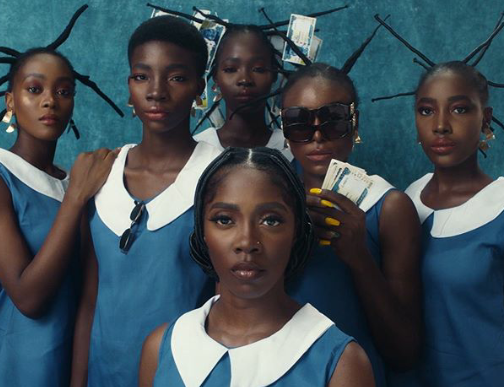 The long awaited song 49-99 by Tiwa Savage has been officially released.

The Nigerian singer, songwriter and actress explained the concept of the song came from a popular coinage by the godfather of afrobeat, Fela Kuti, ‘49 (forty nine) sitting, 99 (ninety nine) standing’ which reflects how bad the economy is.

“It’s a phrase that was coined by the godfather of afrobeats, Fela Kuti. It means, ‘49 sitting, 99 standing.’ – suffering and smiling. For those who are not Nigerian, we have these transit buses which we call a ‘molue’ and it has 49 seats.

“So instead of it to have 49 people to commute to work and back, you have 49 people sitting and double that standing, hanging… That’s just a reflection of the economy and the imbalance with the rich getting richer and the poor getting poorer.

“But I wanted something; I wanted my first global single to have a message that we are suffering and smiling and music is a powerful tool”.

Tiwa took to her Instagram page to announce the release of the song yesterday.

The song which came out a beat created by Pheelz and Olamide is already trending on the internet.