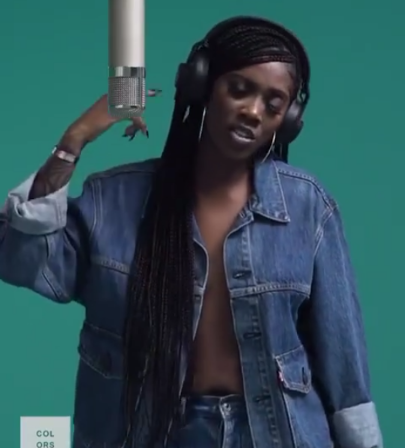 The talented award winning singer, writer and actress was thrilling her audience in a scintillating performance on stage when a ‘crazy’ fan rushed onto the stage and tried to hug her from behind when both fell.

The ever rising popular star who was on stage in her usual revealing outfit landed on the floor on her backside, and was assisted back to her feet.

Tiwa displayed her usual fans-friendly attitude after the incident as she seemed not bothered.

The singer who is set to ‘shut down’ Lagos in an upcoming performance took to Social Media to share the video.