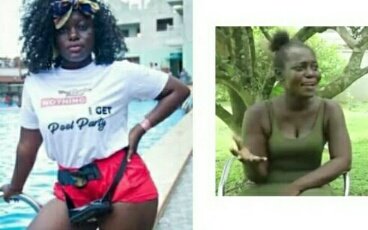 A known Ghanaian slay queen, Charlotte Abena Serwaa Ghanabah has disclosed that she has had sexual relationship with about a thousand men.

According to the slay queen popularly known as Abena Ghanabah openly disclosed that she has slept with about 700 men.

Abena Ghanabah who disclosed this in an interview with ghpage proudly said that she has slept with 27 Ghanaian celebrities.

She said her sex escapade started when she was 14 and that she was deflowered by a 56 year old headmaster at the barding house.

The 22 year old girl stated that she exposed the celebrities out of anger as they failed to fulfil their promises adding that she is not bothered about the consequences.

Abena also revealed she has turned down several advances by lesbians in Kumawood movie industry.