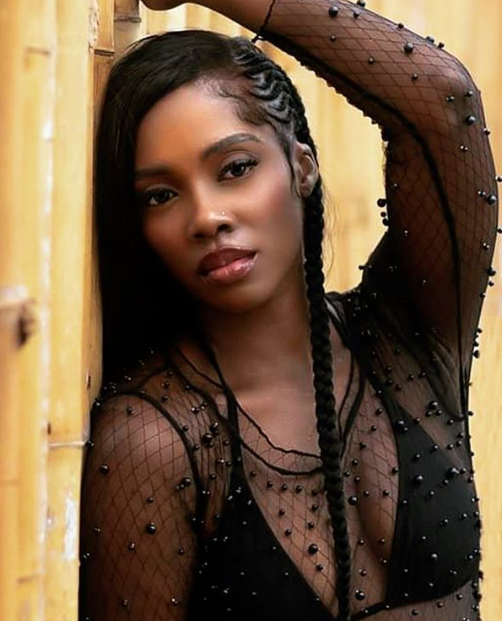 “That dress showed everything”

“Is that her underwear?”

Nigerian music and movie star, Tiwa Savage, has failed to disappoint her fans when appearing on stage.

This time around, the mother of one stepped onto stage in a stunning transparent outfit that barely covered her body.

The revealing net-like outfit is the creative work of a fashion kahuna, Tiannah Empire.

It is not out of place for one to say that Tiwa’s amazing hot body shape did justice to the dress.

The celebrity took to her Instagram page to flaunt some of the videos and photos from the stage performance.

One of her fans who spoke to 24cliq said he was not surprised to see her in such outfit stating that she is known for that. But he will not stop loving and admiring her.

“That dress showed everything but we are not supposed to be surprised. She is known for that. But I do really love and admire her no matter what she does.

“Did you see that twerking? Is that her underwear?”

See video and photos below: