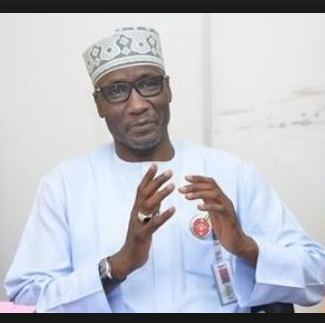 Mele Kolo Kyari, the newly appointed the new Group Managing Director of the Nigerian National Petroleum Corporation (NNPC) was born on January 8, 1965, in Maiduguri, Borno State according to Punch.

Mr. Kyari, who was the Group General Manager (GMD) ofthe NNPC Crude Oil Marketing Division possesses a Bachelor of Science degree (BSc) in Geology and Earth Science from the University of Maiduguri.
President Buhari elevated Mele Kyari to the prestigeous position on Thursday. Disclosing this in statement in Abuja, Mr. Ndu Ughamadu the NNPC Group General Manager, Group Public Affairs, said that the appointment will take effect on 8thJuly 2019.

Seven other Chief Operating Officers were appointed together with the new NNPC GMD. the statement added.

kyari who has been Nigeria’s National Representative to the Organization of the Petroleum Exporting Countries, OPEC, since 13th May, 2018 would be the 19th Group Managing Director of NNPC if he resumes duty.