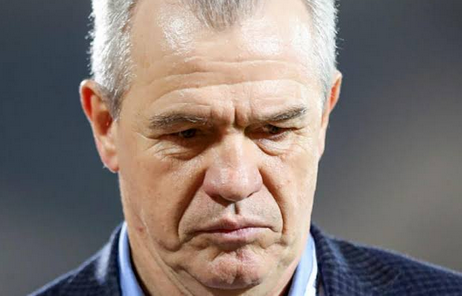 Javier Onaindia Aguirre is a Mexican born former footballer who also played for the Mexico national team as a midfielder.

El Vasco, as he was nicknamed, was appointed the Egypt national team coach in 2018. This appointed hit a hard rock yesterday when the Bafana Bafana of South Africa crushed the Pharoahs of Egypt with a lone goal to send the host nation packing in the ongoing African Cup of Nations (AFCON).

On Saturday, Egypt lost to South Africa 1 – 0 in Cairo in the round of 16 of the competition. The only goal which came at the 85th minute of the match from Thembinkosi Lorch of South Africa eliminated the host nation, and did not go down well with Egypt football authority. Resultantly, the coach with decades of experience, Aguirre, was sacked hours after.

In a related development, Hany Abou-Rida, the president of the Egyptian Football Association (EFA) made it known to public that he has resigned. He also said that all the technical and administrative staff will also leave.

South Africa will take on the Super Eagles of Nigeria in the quarter final on Wednesday at 20:00