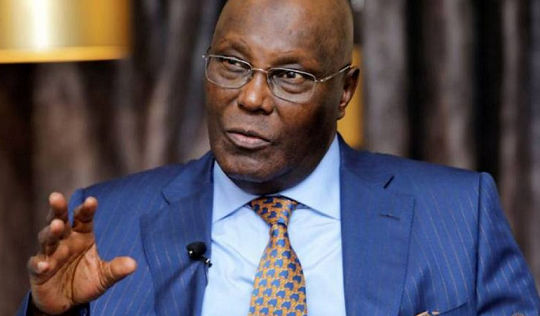 The Peoples Democratic Party (PDP)’s Presidential candidate in 2019 election, Atiku Abubakar, has condemned the commotion caused by the agents of the state at the Federal High Court sitting in Abuja
on Friday over Omoyele Sowore.

Former Vice President lamented that a judge has never been treated in such a manner in the history of Nigerian democracy, describing it as a rape on the sanctity of the court.

Atiku made this known in his Twitter handle on Friday while reacting to the incident which he described as unacceptable.

“Today, I am in extreme anguish of spirit having watched the unfortunate drama that played itself out at the Federal High Court sitting in Abuja, in which agents of the state caused commotion in the court in order to frustrate a judgement of competent authority.”

“Never in the history of Nigerian democracy has a judge been treated in such a disdainful and brazen attack on not just her person and office, but on the entire judiciary. This is unacceptable. It is a rape on the sanctity of the court.”