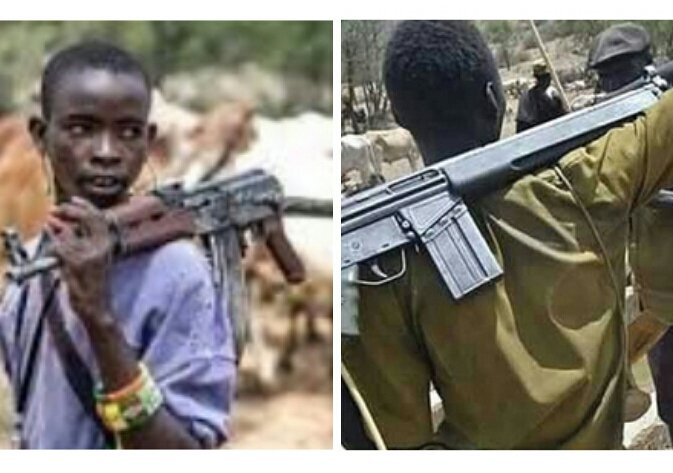 The ban on movement of herdsmen and cattle among communities of the South-Eastern Nigeria by the South-East Governors continue to generate reactions from people.

The South-East Governors on Saturday stated this in a communiqué delivered in a meeting with enlarged stakeholders that included the Minister for Aviation, federal ministry of works, the Army, Police, the clergy, Igbo leaders and others.

The communiqué delivered by Chairman of the Governors Forum, Chief Dave Umahi, bothered on insecurity and the matters arising from the closure of the Enugu airport.

Amongst restraining the movement of herdsmen and cattle, Umahi reiterated the continuation of the Forum’s earlier decision to flush out bandits from all forest in South-East would via joint air operation.

He said “We also agreed that we have to put measures in place to restrain movement of herdsmen and their cattle from one state to another which is a source and point of conflict with the natives and farmers. And also restrain the movement of cattle and herdsmen from the community to communities across farmlands.”

The Forum also banned the use of AK 47 guns and cutlasses by the herdsmen.

“South-East governors have banned herdsmen who move about with AK 47 guns and cutlasses and we want our security agencies to implement same. South-East governors never invited the army nor were the South East Governors informed of any of their operations on Python Dance until the operations were already started in the states, Umahi said.

Reacting to the ban on herdsmen and cattle, Legit.ng reports that, Tanko Yakassai, an elder statesman and aide to former president Shehu Shagari, that the constitution guaranties freedom of movement.

He said: “The cattle do not move about on their own. There are herders who move them about and these herders are Nigerians. You cannot ask any Nigerian not to go to any part of the country because the constitution guarantees freedom of movement for all.”

“If you are asking the Fulani not to move with their cattle, will you also ban commercial drivers who ply various routes linking one part of the country to another?”

While urging the SE Governors not to do anything outside the constitution, Yakassi said it is pointless banning herdsmen rather the security agencies should be called upon to handle issues bothering on security.

“You cannot do anything outside what the constitution says. If you do, you are resorting to self help and that will not augur well for our country. Like I said earlier, there is no point banning cattle rearers from moving about with their herds.”

“Where there are established cases of cows eating up crops, there are ways to deal with this and if there are issues bothering on security, we have the security agencies to call upon to do their job,” he said.

On a different opinion, a young man from Southeast who spoke with 24cliq, commended the brave move by the governors and said the move might not be unconnected with the recent out cry by the Igbos (South Easterners) who have lost families and loved ones to the killings perpetrated by suspected Fulani herdsmen.

Mr. Vincent Okoye thanked the Governors and urged them to keep being sensitive to the affairs of their people.