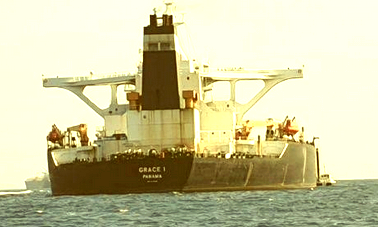 The tanker was sighted by a marine traffic monitoring site leaving Gibraltar’s waters. It was confirmed that the tanker had set sail by Iranian and Gibraltar news organizations.

This is coming days after the request from American officials to turn the vessel over to them was rejected by the authorities.

Whether the U.S. has plans to seize the tanker now that it has left Gibraltar is not clear. Though it might be considered illegal if there is an attempt to intercept the vessel in international waters.

In a similar situation, there is hope that Iran would now leave a British tanker that it had seized in apparent retaliation.