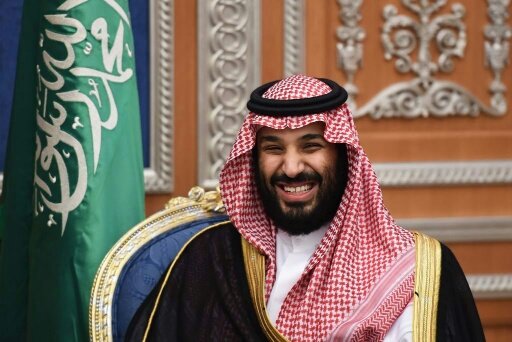 A delegation of Manchester United top officials is warming up to visit Saudi Arabia amidst rumours of imminent take over of the English club by Gulf state’s Crown Prince.

DAILY MAIL reports that discontent surrounding United’s ownership by the American Glazer family has been apparent since their takeover in 2005, paving the way for reports of a possible takeover by 34-year-old Mohammed Bin Salman.

If the acquisition happens to materialize, Mohammed Bin Salman would join the likes of Manchester City’s Abu Dhabi owners and the Qatari royal family behind Paris Saint-Germain.

Despite the £3 billion acquisition by the Saudi prince being reported, Manchester United Chief Executive, Ed Woodward recently insisted that Glazer family (Avram Glazer, right) do not want to sell.

One of the main criticisms of the Glazers is the debt saddled on United by their leveraged £780m buyout which currently stands at £511m.

But in an interview with fanzine United We Stand, Woodward played down that figure, saying: ‘The debt is a long-term, structured and similar to some other football clubs.

‘It’s a fixed amount for a fixed period of time which results in it being fairly cheap to service.

‘It’s just under two per cent our annual revenue each year, so it doesn’t really have any impact on us.’

The English most successful club has been having a woeful outings this season which resulted to a shameful slide down to the 14th position in the Premier League.