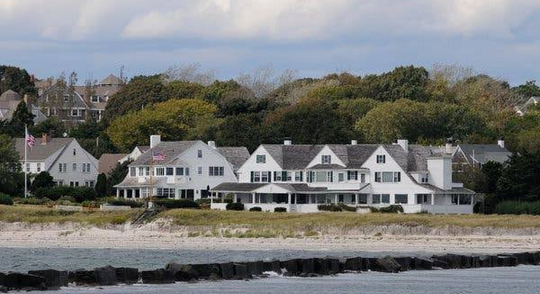 Former United States Attorney General, Robert Francis Kennedy’s granddaughter died on Thursday at her family compound in Hyannis Port, according to sources close to the family as reported by The New York Times.

The former U.S. Senator’s granddaughter, Saoirse Kennedy Hill, died at the age of 22 from a suspected drug overdose.

Saoirse was the daughter of Courtney Kennedy Hill. And she was reported to have gone into cardiac arrest at the compound, where her grandma, Ethel Kennedy lives. Paramedics took her to Cape Cod Hospital in Hyannis, where she was confirmed dead.

In a statement released by the Kennedy family “Our hearts are shattered by the loss of our beloved Saoirse,”

“Her life was filled with hope, promise and love.”

Her grandmother, Ethel Kennedy, said: “The world is a little less beautiful today.”

Meanwhile, there has been indications that the young lady has been battling depression and mental health.

She disclosed how she was sexually assault she got in her junior year in the Academy and she attempted to take her life.

In an article she wrote in school, she talked about how the trauma has made her seek treatment for depression.

“My sense of well-being was already compromised, and I totally lost it after someone I knew and loved broke serious sexual boundaries with me,”

“I did the worst thing a victim can do, and I pretended it hadn’t happened. This all became too much, and I attempted to take my own life.”