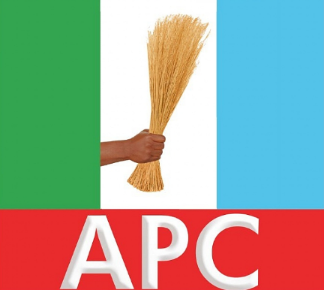 The All Progressives Congress (APC) has accused the Peoples Democratic Party (PDP) of taking actions that cause distractions to the ruling party.

While boasting of having the mandate to pilot the affairs of the country for the next four years, the governing party dissociated the party from the proliferation of posters of its leaders planning to contest election in 2023.

The SUN reports that, the APC’s National Publicity Secretary, Mallam Lanre Issa-Onilu, made this known while speaking at a media briefing in Abuja, yesterday. He claimed that the PDP was responsible for the posters.

On the poster, he said: “As a party, we want to state clearly that having won elections convincingly and having been given the mandate to run government for the next four years, our major and only focus now is governance.

“We are not engaging in any other activity about 2023 elections and wherever you see such (posters) you can be sure it is from mischief-makers and, of course, we know it is part of the strategy of the PDP to continue to take actions to cause distractions for the governing party from focusing on anything that is important to the people of Nigeria, which is to deal with the challenges that we are all faced with like governance, security, economy and corruption as well as other associated issues. That is what we are focused on.

“So, as a party, we understand the social contract we have signed with the people of Nigeria with the renewal of our mandate. Whatever poster you might have seen about any of our leaders anywhere in this country is irrelevant to us, we do not have a hand in it and it is not from those leaders.

“It is strictly part of the strategy of a party that is supposed to provide alternative to our governance model and since they do not have such, the only thing they can do is to continue to throw spanners into the works.

“So, we urge all our members to focus on what is important to us and so we dissociate ourselves and our leaders from such issues that have to do with elections. Elections have been done and dusted and what we are now faced with is the issue of governance,” he said.