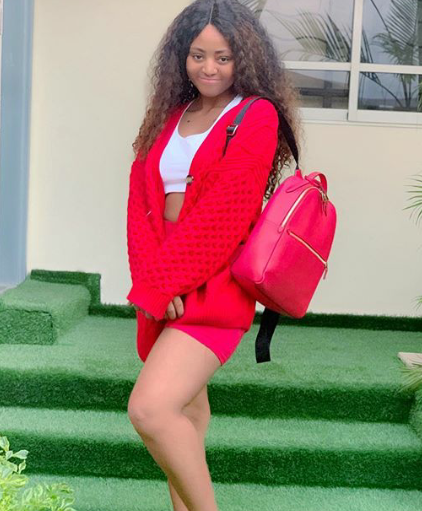 The young millionaire actress turned billionaire as a result of her marriage, Regina Daniels has taken to Instagram live video to reminisce on the movie that gave her more push into limelight.

The movie titled “Egg Seller” was released around 2011 together with its concluding part titled “Tears of Doom” from the stable of MechNony Productions.

The Nollywood masterpiece features Yule Edochie, Nkiru Umeh, Joyce Kalu, Begood Ifediora, Regina Daniels and others was directed by Don Singles and written by Begood Ifediora simply known as Begood who is also an associate producer of the movie.

Regina Daniels shared a live video of the SFX loaded movie playing on a television.

One could see the display the exceptional innate acting skills by Regina Daniels in the movie even as a little child, which made her filmmakers’ first choice when it comes to such role.