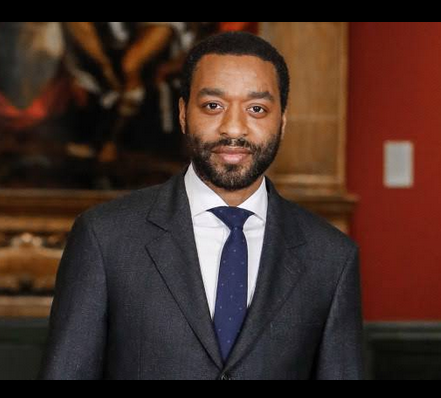 The British born Hollywood star was selected on November 1, 2017 to play Scar, in the computer animated remake of The Lion King, originally Disney’s animated film released in 1994.

The American musical film, The Lion King (2019), is based on Disney’s The Lion king by Irene Mecchi, Jonathan Roberts and Linda Woolverton; screen played by Jeff Nathanson, directed by Jon Favreau and produced by Jon Favreau, Jeffery Silver and Karen Gilchrist.

Chiwetel is a full-fledged Igbo man who was born in Forest Gate, London on July 10, 1977. His father Arinze Ejiofor was a doctor and a musician, while the mother, Obiajulu Ejiofor, was a pharmacist. Ejiofor has four siblings. His younger sister, Zain Asher, is a popular CNN correspondent. The second sister, Kandibe Ejiofor is a medical doctor.

He was faced with a sad incident in 1988 when he was 11, the family visited Nigeria for a wedding ceremony. Chiwetel and his father had a head on collision with a lorry while driving back to Lagos after the ceremony. Dr. Arinze Ejiofor died in the crash. The today top world class actor, Chiwetel narrowly escaped death but sustained serious injuries that left a conspicuous scar on his forehead till date after being hospitalized for over two months. The father was just 39 years.

Ejiofor started performing in stage plays when he was in junior school and continued in senior school. He later joined London Academy of Music and Dramatic, where he was offered a minor role in Amistad by a film director, Steven Spielberg in 1997 after three months in the Academy. He played alongside Morgan Freeman. This marked a dramatic turnaround in his chosen career. He finally had to leave the academy after his first year.

The British actor became most directors’ and producers’ favourite actor, and has featured in many films. Some of them are: It Was an Accident (2000), She Hate Me (2004), Inside Man (2006), Endgame (2009), Salt (2010) and so many others including the popular 12 Years a Slave (2013), which got him an Academy Award nomination for the Best Actor in 2014 with Golden Globe Award nomination and BAFTA Award for Best Actor.

Chiwetel Umeadi Ejiofor starred alongside Thandie Newton in a Nigerian (Nollywood) movie, Half of a Yellow Sun, 2014. A story of his homeland, eastern Nigeria.

Interestingly, Chiwetel is not just a talented experienced actor but also a good film director and a writer. He directed The Boy Who Harnessed the Wind, 2019, Columbite Tantalite, 2013 and Slapper, 2008.

It is not surprising that the Nigerian features in the prestigious Disney’s jobs including the fantasy adventure film, Maleficent – Mistress of Evil, produced by Joe Roth, Angelina Jolie and Duncan Henderson; due for release on October 18, 2019.