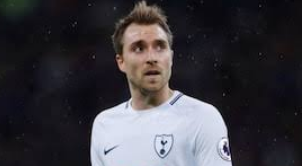 Manchester United is seeking to strike a deal with Tottenham midfielder, Christian Eriksen before the close of transfer window on Thuursday.

Mirror reports that, the Denmark international and his representatives are hopeful that concluding the movement from Spurs to Old Trafford is at the top of ManU’s priorities.

The movement might affect Bruno Fernandes. A ManU target who Spurs have plans to take to north London.

Daniel Levy, Tottenham supremo, initially placed £130million tag on the 27year old which did not go down well with clubs.

Though there are indications that Man United could bid about 50% the amount so as to seal the deal.