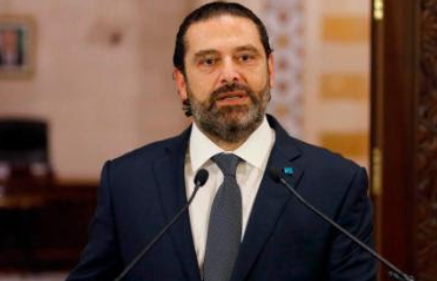 The Prime Minister of Lebanon, Saad Hariri on Tuesday submitted his resignation following series of protests against the country’s leaders.

ARAB NEWS Hariri said in a TV address to the nation, the he had “waited for a decision for a political solution that stops the deterioration”, and announced he was going to submit his resignation to President Michel Aoun.

There have been widespread of protests against corruption ravaging the Lebanon and the political leaders in the country.

The protest deteriorated into violence after a mob loyal to Hezbollah and Amal attacked and destroyed a protest camp set up by anti-government demonstrators in Beirut.

“For 13 days the Lebanese people have waited for a decision for a political solution that stops the deterioration (of the economy). And I have tried, during this period, to find a way out, through which to listen to the voice of the people,” Hariri said.

“It is time for us to have a big shock to face the crisis. I am going to the Baabda (presidential) palace to present the resignation of the government. To all partners in political life, our responsibility today is how we protect Lebanon and revive its economy.”