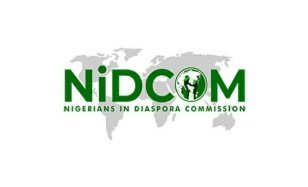 Lebanese government has arrested, Mr. Wael Jerro, the Lebanese man who advertised a Nigerian woman for sale on Facebook.

Confirming the incident, the Chairman, Nigerians in Diaspora Commission, Abike Dabiri-Erewa, commended the effort stating that the suspect, would be prosecuted.

“The Lebanese Government just announced the arrest of Mr. Wael Jerro for onward prosecution against criminal sales of a human, a young Nigerian girl,” she wrote.

Mr. Jerro had advertised the victim, Busari Peace, a 30-year-old from Ibadan, Oyo State, with her Nigerian passport on a Facebook page, ‘Buy and Sell in Lebanon’ with a price tag of $1,000.

Many Nigerians have commended the efforts of the Abike led Nigerians in Diaspora Commission (NiDCOM) expressing their confidence in the commission.