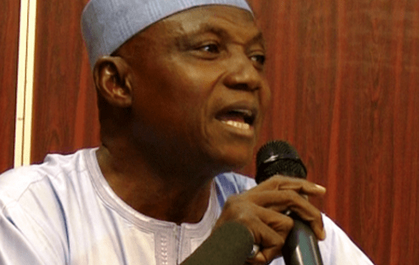 “the government is carrying forward processes that should hopefully yield her release by her captors.”

‘‘Contrary to false reports, she is alive”

Leah Sharibu, before his abduction by a faction of a Boko Haram terrorists in February 2018 was a student of Government Girls Science and Technical Secondary School, Dapchi.

Legit.ng reports that the young girls has been in the custody of the terrorist group since then for refusing to denounce her Christian faith.

Garba Shehu, the senior special assistant to the president, media and publicity, reiterated government’s commitment in the effort being made for her save return.

“Instead of giving up, the government is carrying forward processes that should hopefully yield her release by her captors.” He said while speaking to a group of journalists on Saturday, August 31 in Abuja.

While responding to worrying cycle of speculations on whether Sharibu had been harmed by her abductors, the spokesperson said a lot of false reports have been written about the girl in the media. He assured that Leah Sharibu is alive and that government is working towards ensuring her safe return together with other hostages.

He said “Lines of communications remain open with the kidnappers, ISWA, to secure the release of Leah Sharibu. ‘‘Contrary to false reports, she is alive – given assurances from our security agencies-, and the government is committed to her safe return, as well as all other hostages to their families.

While warning that kidnapping for ransom should never be encouraged to avoid its exploitation, Shehu said that government is using the latest hostage negotiation techniques in making sure the desired result is achieved.

“Kidnapping for ransom should never be encouraged. This means not capitulating to the demands of terrorists: refrain from rewarding their heinous crimes with payment.

‘’With the abduction of loved family and friends, the government understands how difficult these time are for them, but government is pursuing many options to ensure the safe return of Leah Sharibu.

“We must commit to law and communication, using the breadth of strategies at our disposal: legal initiatives, stakeholder cooperation, involvement of all relevant parties and the use of the latest hostage negotiation techniques.

‘‘Kidnapping for ransom is rising across the Sahel. We must – collectively – make sure we implement best practice to prevent its exploitation.’’