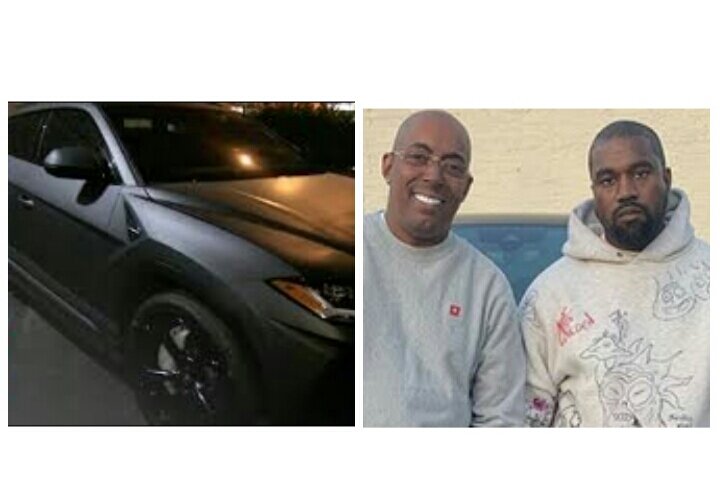 Kanye West, an American musician, has done just like himself again. This time around he blessed his former manager, John Monopoly with a brand new customised Lamborghini car on his birthday.

The multiple award winning rapper showed up at his manager’s birthday ceremony with the exotic car which he customised specially for him.

Daily Mail reports that the birthday celebration took place at an eatery in West Hollywood, California, on Wednesday, August 7 during which the 42 years old rapper surprised Monopoly with the matte black finish car.
In a photo with the top musician posing in front of the car shared by Monopoly, he expressed his thanks to Kanye West.

Monopoly shared a photo of himself with the rapper posing in front of the matte black finish car. He captioned the post thanking Kanye.

“Happy BDAY to me !!!! Words cannot express my gratitude .