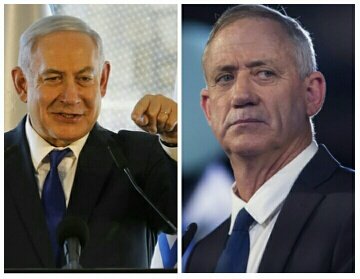 The citizens of Israel headed to the polls Tuesday in an electoral race that is widely seen as a referendum on Prime Minister Benjamin Netanyahu. This is the second election this year.

Aljazeera reports that Israel has 5.88 million voters and about 68 percent and illegal settlements in the occupied West Bank and East Jerusalem are expected to take part in the poll to choose the party that will lead the country’s 22st Knesset or parliament.

This is the first time in the history of Israel that two elections have been held in the same year, after Netanyahu failed to form government following an election on April 9.

According to reports gathered from Aljazeera, the longest -serving prime minister in Israel and the leader of the right-wing Likud party, Netanyahu; and the former military chief, Benjamin “Benny” Gantz of the centrist Blue and White party as the top competitors in the polls.

In a bid to provide himself immunity against being charged with crimes during his tenure or before he came to office, Netanyahu has been trying to gain support from right-wing parties to push through a draft bill.

Latest polls published by Israeli media suggest Likud will win 32 seats and the Blue and White 31.

Netanyahu needs the continued support of right-wing factions he has previously relied on to clear the 61-seat threshold for a majority so as to grab the fifth term, while Gantz needs the backing of centre-left blocs among other parties to do the same.

If Netanyahu wins the most seats, he is not expected to secure enough backing to be able to form a right-wing coalition government. Aljazeera reports.

This could leave Israel with a unity government for the first time since Netanyahu came to power in 2009.

“Neither Netanyahu nor Gantz will be able to form a new government alone,” Cohen told Al Jazeera.

“Therefore, the only option may be to form a unity government which brings together the Likud and Blue and White,”

According to a pre-election poll by the Israel Democracy Institute, the highest rate of Jewish Israeli voters were in favour of a unity government headed by either Netanyahu or Gantz, while the second preference was for a right-wing government led by Netanyahu. As reported by Aljazeera.