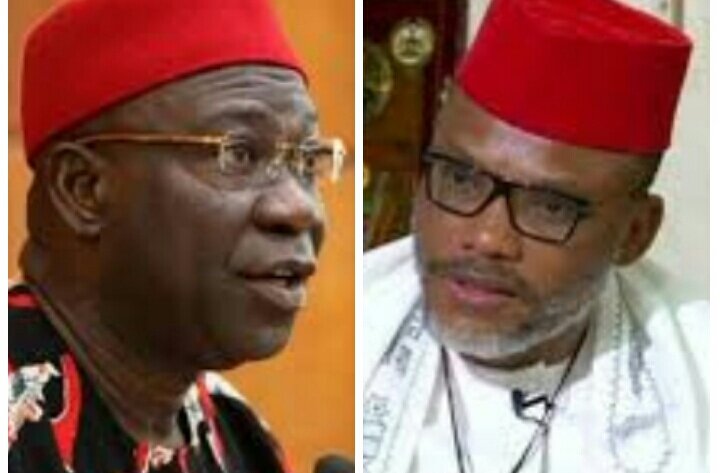 The leader of the Indigenous People of Biafra (IPOB), Mazi Nnamdi Kanu spoke on the assault on Senator Ike Ekweremadu.

The immediate past Senate Deputy president was on Saturday attacked by suspected IPOB members while in Germany to attend the second annual yam festival by Igbo community in Nuremberg Germany.

In the video which had earlier gone viral, and seen by 24cliq, the Senator was seen being denied access to the venue of the event and was eventually dragged out despite his protest.

Reacting to the incident, the leader of the IPOB, Mazi Nnamdi Kanu, described it as a “courageous act by IPOB” in a tweet.