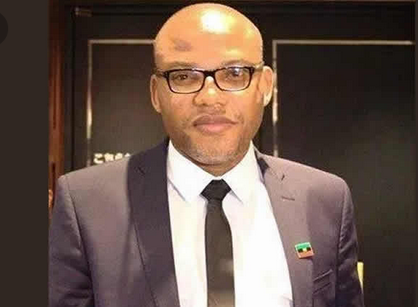 The leader of Indigenous People of Biafra (IPOB), Nnamdi Kanu, on Wednesday had a successful meeting with United Nations (UN) officials.

The details of the meeting which was held at UN office Geneva Switzerland is yet to be made public.

From all indications, the leadership of IPOB, has decided to seal the outcome of the meeting with the UN officials in Geneva.

Some days ago, Nnamdi Kanu took to his Twitter handle to announce the meeting with UN officials.

In his words: “I am looking forward to leading the Indigenous People of Biafra to a vital meeting with United Nations officials in Geneva, Switzerland on September 17, 2019”

Earlier, the IPOB leader had made public his invitation to the European Union Parliament on September 10, 2019,

“to address the burning issues of IPOB agitation and what a NEW BIAFRA means for Africa”.

Kanu had a successful meeting at the EU Parliament in Brussels, and the outcome of the meeting remains secret till date.

It is not out of place to assume that outcome of the meeting between IPOB and the officials UN will not be made public.

Meanwhile, the leader of the group in a tweet expressed his gratitude to the UN officials for the meeting which he termed “productive”.

“I thank our hosts, United Nations officials for a productive meeting today at the UN office in Geneva, Switzerland”.