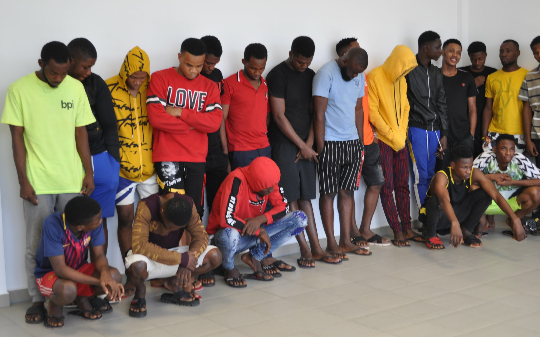 The suspects were arrested in three different locations following intelligence and three days surveillance on their hideouts in Bishops Courts’ Malo Lodge, Umuagu Mbieri and King David’s Suite in Owerri.

According to tweets by the Nigeria’s leading anti graft agency, on their official Twitter handle, the suspects including a 16 years old undergraduate, are believed to have used different pseudo names to defraud their unsuspecting victims.

According to The News the suspects have given useful information on their illicit activities and would be prosecuted upon conclusion of investigations.