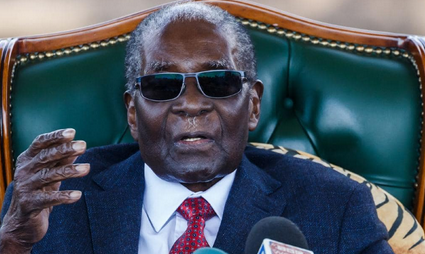 Zimbabwe’s first president after the country’s independence, Robert Mugabe has died at the age of 95.

According to Aljazeera, Mugabe passed on in Singapore where he was seeking treatment.

President of Zimbabwe, Emmerson Mnangagwa, who announced the death of the former leader on his official Twitter handle described late Mugabe as the Zimbabwe’s founding father and icon of liberation.

“It is with the utmost sadness that I announce the passing on of Zimbabwe’s founding father and former President, Cde Robert Mugabe,”

“His contribution to the history of our nation and continent will never be forgotten”.