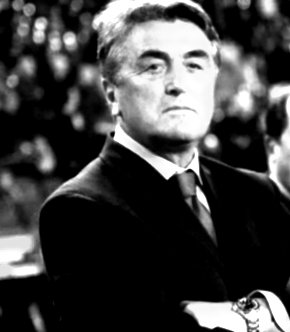 Radomir Antic, a former Barcelona, Real Madrid, Serbia and Atletico Madrid coach passed on at the age of 71.

The former defender and Atletico Madrid legendary coaches who began his career as a coach in 1988 with Real Zaragoza (1988 – 1990) was born on 22nd November 1948 in FPR Yugoslavia.

He was reported to have passed on on 6th April 2020 at the age of 71 in Madrid, Spain following health complications.

Confirming his death, Atletico Madrid tweeted:
“The Atletico de Madrid family is mourning the passing of Radomir Antic, one of our legendary coaches. You will forever live in our hearts. Rest in peace,”

Antic, had a successful career as a coach with most of the years spent in Spain. His most outstanding achievement was with Atletico, where he won a La Liga and Copa del Rey double in 1996. Serbia also qualified for the 2010 World Cup under his tutelage.

He was also remarkable for being one of the two coaches to have managed the long – term Spanish league rivals, Barcelona (2003) and Real Madrid (1991–1992).