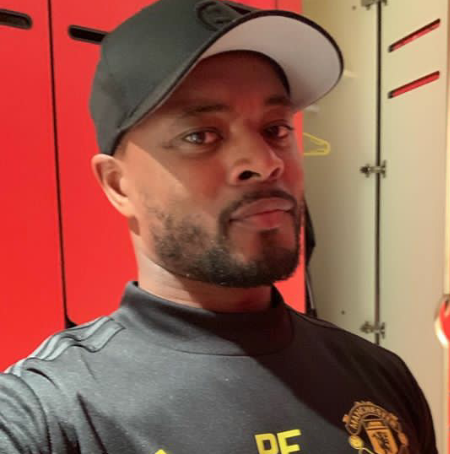 Former Manchester United star, Patrice Evra has called on the club’s board to give him a job following defeat by West Ham in the Premier League on Sunday.

Mirror News reports that the former Red Devils left-back has been linked with the director of football role at United – a role that hasn’t previously existed at the club.

Manchester United is seriously considering appointing someone to oversee transfers just like it is done in Italy with Evra, Edwin van der Sar and Rio Ferdinand in the picture.

Evra took to his Instagram just after Man United suffered a humiliating 2:0 defeat by West Ham at the London Stadium on Sunday afternoon; where he posted a picture from a few years ago in his Red Devils kit.

This is followed by the statement: “I think it’s time to get our hands dirty! Manchester United board, are you ready to let us help you guys?”

Reflecting on the woeful outing by Man United, Ole Gunnar Solskjaer said: “It’s always a difficult ground to go to and we hoped to do better than we did.

“We hoped for better. But the key moments they grasped and we didn’t. They had two fantastic finishes from two left feet, we just didn’t take the chances when we had them.”