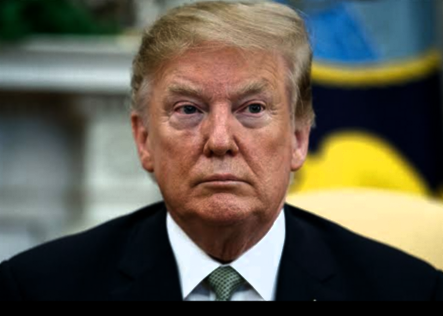 The US president, Donald Trump will be visiting El Paso Texas, and Dayton Ohio on Wednesday where he is expected to deliver a message of national unity to the grieving residents.

According to New York Times, Trump is expected to be in Ohio in the morning before proceeding to Texas in the afternoon.

Recall that on August 3, a gunman shot and killed 22 people and injured 24 people at a Walmart store in El Paso, Texas.

The next day, August 4, another mass shooting occurred in Dayton Ohio which killed 10 people including the shooter, and injured 27 others.

The shootings are been investigated as an act of terrorism and hate crime.

There are possibilities that Mr. Trump is being blamed for embracing hateful rhetoric and avoiding calls for gun control.

Meanwhile, there has been mix feelings among the grieving residents concerning the president’s visit.

Nan Whaley, the Democratic mayor of Dayton expressed displeasure on Mr. Trump’s remarks the day before about the two ugly incidents.

The president endorsed only minimal new gun control measures and called for more action to address mental illness and to combat online hate.

The situation in El Paso seems more tensed as it borders the US with Mexico and has been Trump’s centre point for immigration control.

The Democratic congresswoman from the area, Representative Veronica Escobar, is among some politicians who are of the opinion that the president should not visit.

“He should not come out here while we’re in mourning,” Ms. Escobar said on Monday.

But the Mayor of El Paso, Dee Margo, a Republican, holds a different view.

“He’s coming out here on Wednesday,” Mr. Margo said during a news conference. “And I want to clarify for the political spin that this is the office of the mayor of El Paso in an official capacity welcoming the office of the president of the United States, which I consider is my formal duty.”

The officials in White House on Wednesday defended Trump as against some accusations that his remarks about immigrants causes white nationalism and possible act of violence from instable people.

“This is a very, very serious moment in our country’s history,” Hogan Gidley, a White House spokesman, said on Tuesday. “This president recognizes the gravity of this moment.”