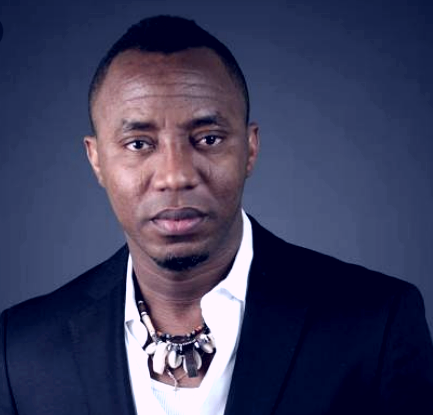 A Federal High Court in Abuja Tuesday ordered the immediate release of the publisher of Sahara Reporters and the presidential candidate of the African Action Congress, Omoyele Sowore.

Operatives of the Department of State Services (DSS) arrested Sowore in Lagos on August 3, 2019 for calling on Nigerians to protest against bad governance.

He was charged for treasonable felony, money laundering, terrorism and plots to overthrow President Muhammadu Buhari.

The Guardian reports that the judge, Justice Taiwo Taiwo, said the law provides for the freedom of all Nigerians regardless of economic or political status.

He ruled that there was no extant order allowing Sowore’s further detention before the court after the expiration of the 45 days it granted DSS to detain him.

“The order of court has expired. It has not been renewed and cannot be renewed in view of the motion ex-parte earlier withdrawn,” the judge Taiwo Taiwo during ruling.

“The liberty of all Nigerians high or low, poor or rich is guaranteed by the constitution. It’s for this end that I’m of the view that the defendant ought to be released forthwith.”

The court gave the ruling after receiving a judicial notice on the conclusion of Sowore’s investigation.

The Nigerian government filed additional charges against Sowore on Friday, September 20, a day before the completion of the initial 45 days the court allowed the DSS to keep him in custody.

Sowore’s lawyer Femi Falana in an earlier affidavit told the court “that the applicant (Sowore) herein has never been charged with any criminal offence whatsoever” and should be granted bail.

He explained “that the Nigeria police also conducted investigation on the matter and made its findings public” and did not incriminate Sowore as alleged.