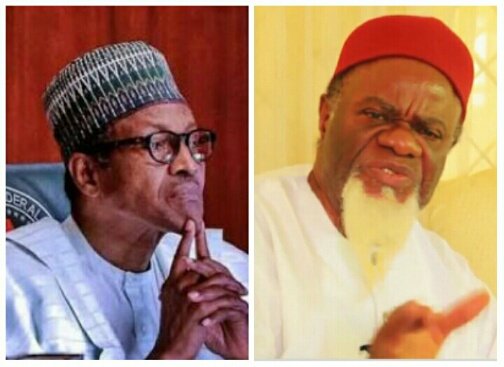 Former Governor of Anambra State, Dr Chukwuemeka Ezeife, has said the bitter truth about Nigeria. He lamented that Nigeria is not making any progress as a nation.

Dr Ezeife who stated “that Buhari government is pushing the Igbo people very hard out of Nigeria in everywhere” said Fulani will lose most if the country disintegrates, adding that they (Fulani) are in the position to avert it.

He stated that those who say they will never support 2014 confab report implementation are indirectly saying ‘Nigeria break up’. Daily Post reports.

Speaking during an interview with The SUN, the elder statesman said that it is humiliating that Igbo people had to go and beg before Enugu airport was given attention.

According to him, “Nobody applied to be a slave in Nigeria. Whether we applied or not, we don’t accept to be slave, you are superior in some ways and you become politically inferior to them, and what is the consequence? We are not making progress as a country.

“Some of them say they will never support 2014 confab report implementation, it means they are saying, ‘Nigeria break up’.

“It is not those who make noise that say the country should break up, IPOB is complaining about many things done against the Igbo; the same way those who know are aware that Buhari government is pushing the Igbo people very hard out of Nigeria in everywhere.

“Look, the Igbo people had to go and beg for Enugu airport before money is released to give attention to the airport. That is humiliating.

“What are they begging for? Kano, did they beg, Kaduna, did they beg, who begged for their airport to be renovated? It is a matter of saying what we are doing for Igbo people when they are pushing us out of Nigeria.”