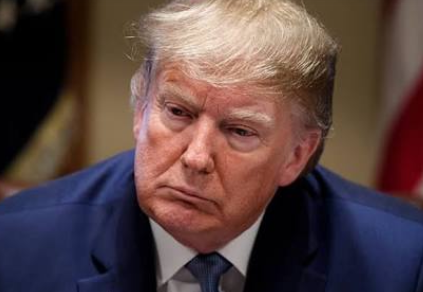 The United States President Donald Trump was on Wednesday impeached by the House of Representatives for abuse of power and obstruction of Congress.

House Speaker, Nancy Pelosi, who kicked off the impeachment debate in a lengthy speech said the action was “one of the most solemn powers this body can take.”

“No member, regardless of political or party, comes to Congress to impeach a president,” said Pelosi.

She noted that President Trump had pursued an “improper personal benefit” at “the expense of our national security,” which “gave us no choice” but to impeach.

“If we do not act now, we would be derelict in our duties,” Pelosi added.

Trump was alleged to have blocked the payment of a congressionally mandated $400 million military aid package to obtain quid pro quo cooperation from, Ukrainian President, Volodymyr Zelensky. Though he eventually released the aid package.

The U.S. President was accused to have pressured Zelensky to investigate former Vice President Joe Biden and his son Hunter over Hunter’s involvement with the Ukrainian natural-gas company Burisma Holdings and to look into the conspiracy theory alleging Ukrainian interference in the 2016 U.S. election.

Trump is believed to have also committed other impeachable offenses, including taking foreign money at his personal businesses, obstructing justice and violating campaign-finance laws — the latter two of which are also federal crimes.

According to Al Jazeera, Pelosi also that “The president is an ongoing threat to our national security, and the integrity of our elections, the basis of our democracy.”

Trump denied wrongdoing, noting that his interest in launching the investigations was legitimate because he wanted to eradicate corruption describing the impeachment inquiry as “sham” and “hoax”.

He took the stage at Michigan rally as the House began voting on impeachment.
“Tonight the House Democrats are trying to nullify the ballots of tens of millions of patriotic Americans” he told the crowd.

“Can you believe that I will be impeached today by the Radical left, Do Nothing Democrats, AND I DID NOTHING WRONG! A terrible Thing. Read the transcripts. This should never happen to another President again. Say a PRAYER!”

Trump becomes the third president to be impeached in the US history.

Meanwhile, the votes set up a likely trial in the Republican-controlled Senate in January.