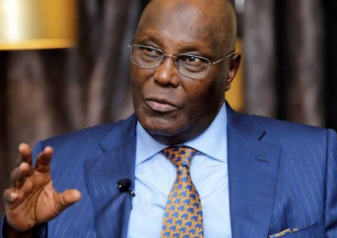 Atiku said Mugabe’s love for his country made him take practical steps to improve the well-being of the people of Zimbabwe.

In a condolence message to the people and family of Late Mugabe on his twitter handle, Atiku eulogized the former president saying that he gave Zimbabwe freedom and emancipated the mind of Zimbabweans.

Atiku recognizes the fact that he (Mugabe) was human and had his flaws but his successes are indelible and are worth emulating.

“His footsteps in the sands of times are indelible even as they are very far reaching” he said.

He urged other African leaders to learn from Mugabe’s many successes and his mistakes as well which he described as inevitable.