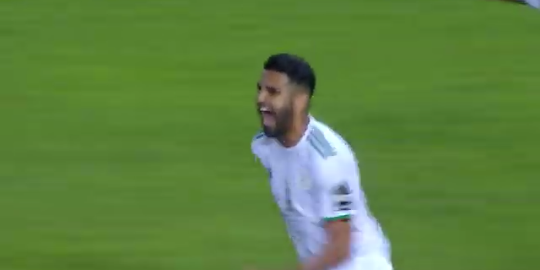 The Super Eagles of Nigeria yesterday crashed out of the African Cup of Nations in a semi final enconter with Algeria in a heartbreaking dramatic manner.

Super Eagles have had relatively good outings in this tournament. With the superlative performance of the likes of Chukwuez, Ighalo, Musa, Iwobi, Etabo, Ndidi and others the Eagle have been flying over its contenders until the “dark day”, Sunday 14th July, when the Desert became too harsh for the Eagle to fly over. Consequently, the Eagle crash landed in the Desert.

The Nigerian side took on the Desert Foxes of Algeria yesterday in a semifinal clash of the African Cup of Nations (AFCON) 2019. After 90+ minutes of the game, the Desert Foxes maintained their unbeaten record since the competition started in what could be termed a heartbreaking 94th minute goal forcing the Super Eagles to take a bow.

Troost-Ekong scored the late goal against South Africa which brought the Super Eagles to semifinal unfortunately, same Ekong scored an own goal after at the 39th minute during the unfortunate game with Algeria. It was 1:0 against Nigeria.

The Super Eagles struggled to bounce back. Just like VAR awarded the only goal to South Africa in the quarter final encounter with Nigeria so did VAR award a penalty to Nigeria after Etebo’s strike struck the hand of Real Betis defender, Mandi in the box. The spot kick was converted after Ighalo sent the Algerian keeper the wrong side at the 72nd minute. Nigeria got an equalizer. 1:1.

Both teams continued to struggle for a winner. Moments before the match could trickle into extra time, at 94th minute, a thunderbolt from the leg of destructive Mahrez in a free-kick from 20yard spot sent the Nigerian goal keeper dive in full length but unfortunately the shot was too powerful and on a high speed for the keeper to reach. And just like a late goal brought Nigeria to semifinals, the late goal from Mahrez sent them out. It was 2:1 against Nigeria.