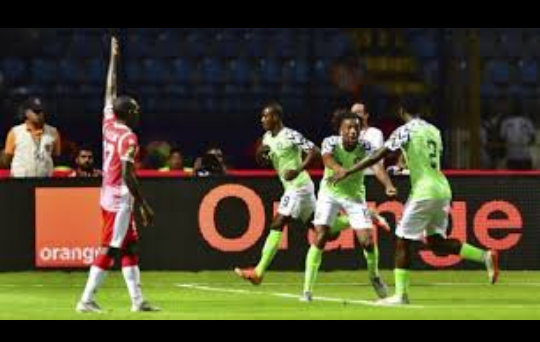 Odion Ighalo the sensational striker who delivered Super Eagles with a lone goal came in as a substitute.

The Shangai Shehu outstanding player, Ighalo, substituted Paul Onuocha minutes into the second half of the game and justified why he came in at that point as he scored the only goal against Burundi minutes after which set Nigeria 3 points clear at the top of the table while Burundi was sent to the bottom of the table in the group B chat.

While commending the team spirit of the team, the Super Eagle Head coach, Gernot Rohr disclosed that it was a strategic decision not to start the game with Ighalo.

Barrister Dalung, former Youths and Sports Development Minister who spoke after the game through his media aide, Nneka Anibeze, stated the importance of winning in the first game.

Solomon Dalung said that Nigeria is indeed blessed with so much talent, and efforts needed to exploit and utilize those talents.