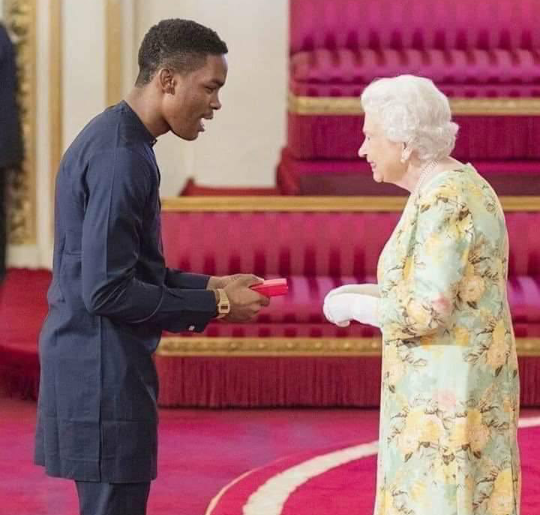 Another young Nigerian has joined lots of other Nigerians who make the nation proud.

A 20year old Imo state born Kennedy Ekezie has been honoured by Her Majesty Queen Elizabeth II for his outstanding achiement.

Kennedy Ekezie-Joseph is a women’s right activist whose desire to sensitize the society against gender-based violence commonly found in the society led to the birth of Calabar Youth Council for Women’s Right (CYCWR), a non-profit organization that advocates the right of women in Nigeria which he founded as a student.

The graduate of the Department of Philosophy from University of Calabar has been a debater since around 2014 and has competing in different place in the world including Harvard University, and has won several trophies and medals including the Best Debater in Nigeria in 2015.

Kennedy’s organization, CYCWR seeks to change the attitude of people towards women especially in the rural communities and sensitize them on the dangers of female genital mutilation, forced child marriage, domestic abuse and educate them on the importance of access to education for the girl child.

CYCWR in partnership with the Ministry of health provides safe houses to rescue, provide trainings and education for the victims of abandonment, genital mutilation, forced marriage and unwanted pregnancies.

The activist burning desire to champion the course of women’s liberation in the society and his enormous achievements have given him a prestigious international recognition.

He was recently honoured by Her Majesty Queen Elizabeth II for raising over $2million worth of grants for the benefit of young Africans all over the world.